The increase in energy prices hits the textile industry 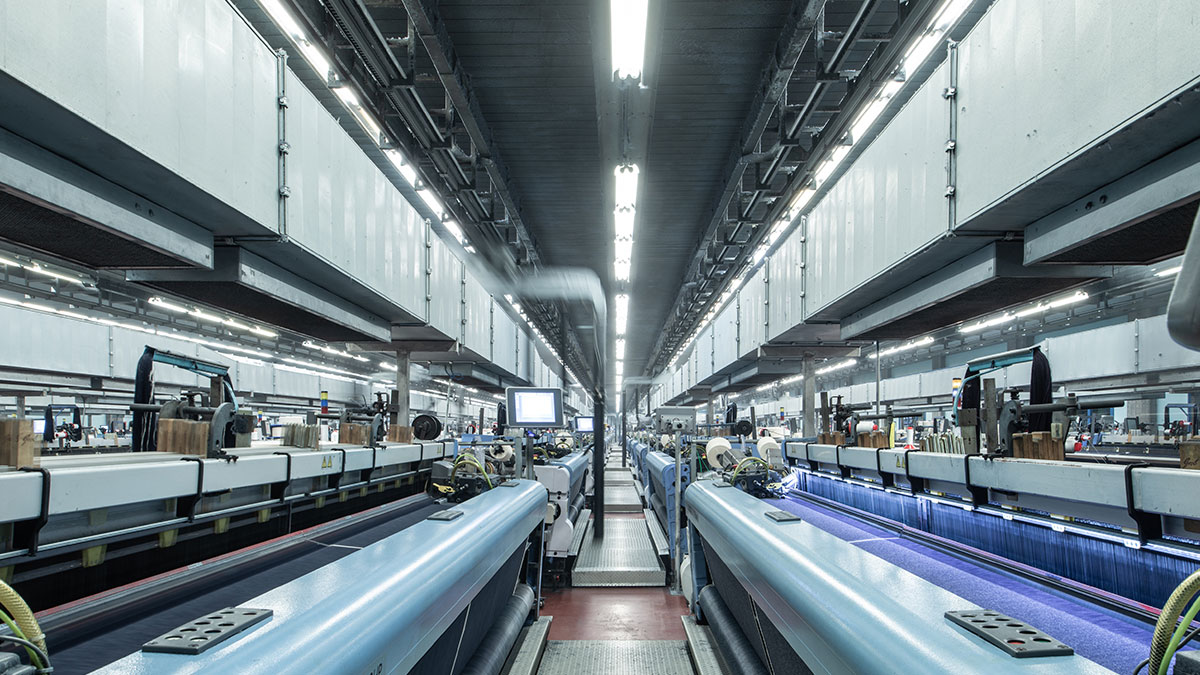 2022 will also be remembered as the year of the increase in energy prices, making bills grow to astronomical sums. The future does not look rosy since these figures are supposed to worsen. Both citizens and companies are suffering the consequences of this situation, the textile industry included.

What is the cause of the increase in gas prices?

There is not one only cause that boosted the increase in energy prices. During the weeks preceding the outbreak of the war in Ukraine, which happened in February 2022, some conflicts about the gas prices already existed, mainly due to the imbalance between demand and supply. In January 2022, these prices grew by 421% in Europe compared to December 2019. During the same period, oil and carbon prices increased by 24% and 122%, respectively.

The crisis skyrocketed after the Russian invasion, followed by different supply cuts by Moscow's government. Nearly half of the gas, 44% of the coal, and about 25% of the oil used in the European Union come from Russia. The energy problems in Italy were further amplified in summer by high temperatures and drought. The hot weather led to greater energy consumption due to air conditioning. At the same time, the lack of water in our rivers made using gas to produce the energy necessary and replaced fluvial with road transport.

According to Arera, the regulatory authority for energy and environment, without appropriate intervention, energy prices in the last quarter of 2022 will likely be 100% higher than in the third quarter, leading to an increase that is not sustainable for all consumers.

The increase in energy prices dramatically challenges the textile industry

The textile industry, and consequently Candiani Denim, has been extensively damaged by the increase in energy prices. In June 2022, our bills were approximately 3.5 times more expensive than those of June 2021, while the cost of the energy used for ten days in August may equal two whole months of 2021. Impressive, especially if we consider that for 20 years, since 2000, energy prices have been almost stationary.

Natural gas prices more than quadrupled in the first quarter of 2022 compared to the same quarter of the previous year. Our bills skyrocketed from less than 500,000 euros to almost 2.4 million. In the second quarter of 2021, our costs were slightly more than 500,000 euros; in 2022, they grew to over 1.9 million. The forecasts for the last two quarters of 2022 show further sharp increases in prices, which may rise by over 100% between July and September compared to the previous three months. According to Arera, they may further double in the fourth quarter. 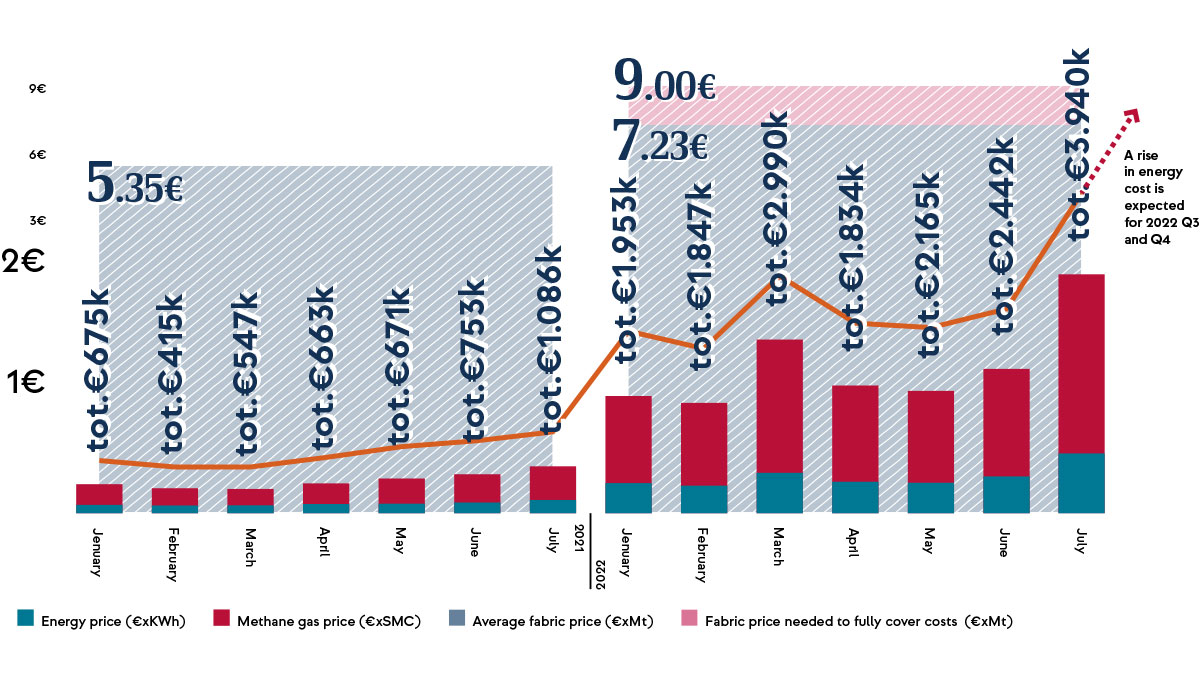 Before the energy crisis, the main problem of the denim industry was the fluctuation in the price of cotton, which almost doubled from 0.65 to 1.2 dollars per pound between January 2021 and July 2022. Now, it is relegated to a secondary position. Energy prices accounted for less than 10% of our costs; in 2022, they grew to 30%. This percentage is expected to increase to 50, equaling the amount of cotton and labor costs added combined.

Candiani Denim has partially absorbed the higher production costs thanks to the sustainability and energy efficiency innovations we have employed for almost 50 years. Our average prices per fabric meter grew from 5.35 euros between January and July 2021 to 7.23 over the same period in 2022. But, if they were to follow increases in energy costs, the price per meter would be at least 9 euros: an unacceptable sum for the market, considering that our main competitors sell for slightly over 4 euros per meter or even less.

Since 1974, the year of the establishment of the nature reserve Parco del Ticino, where our mill is, we have made our operations more efficient. Our distinguishing research and sustainable innovations have allowed us to reduce and save energy consumption over the years. And today, thanks to the mainstreaming of many scalable, sustainable solutions, they are no longer considered a luxury but something readily available to us all.

Some examples of our implementations include:

However, the energy price increase will become unbearable without appropriate intervention by governments and institutions. 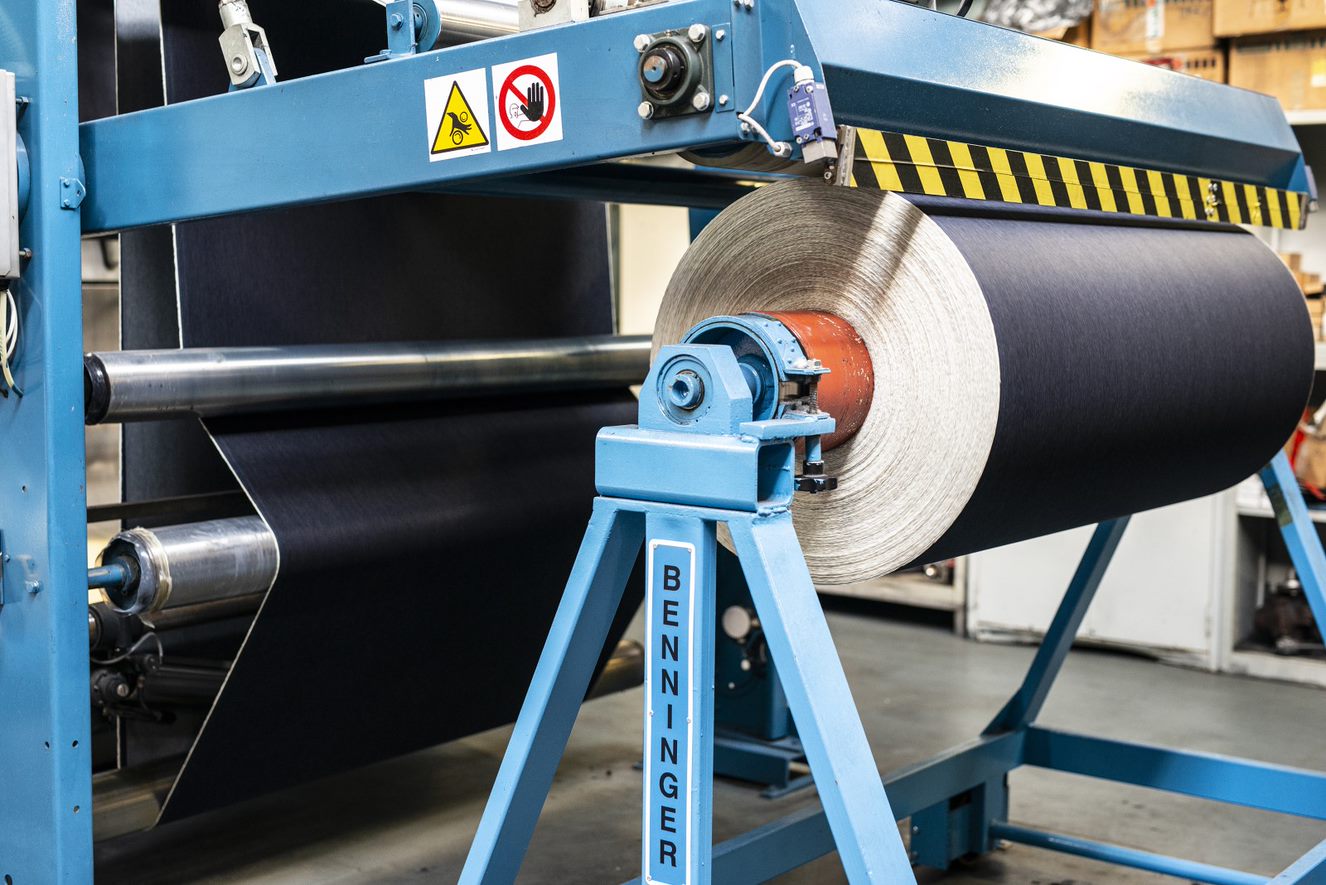 The increase in energy prices could destroy the Made in Italy

The increase in energy prices jeopardizes most of the manufacturing factories in Italy, and hence the Made in Italy. Since 2000, denim and jeans production has massively moved to less expensive countries, especially Bangladesh, China, India, Pakistan, Turkey, and several North African countries, where fabrics are sold for slightly more than 4 euros per meter or even less.

Recently, the quality and sustainability of the Italian and European textile manufacturing processes, also supported by Candiani Denim's investments and innovations, have gained new value thanks to the increasing awareness of social and environmental problems developed by consumers and companies. This new approach gave Italy a prominent position in the global textile industry, but the energy price increase is damaging our country again.

Flexibility, sustainability, quality, and a short value chain are essential for international consumers. Still, without the appropriate support of Italian and European institutions, the energy crisis may destroy our local manufacturers.