All you need to know about cotton, part 3: the difference made by cotton seed and country of origin

We now know what conventional industrial and organic agricultural practices are about and the most common types of cotton on the current market, but the real difference starts from the cotton seed and where it is grown. The third chapter of our cotton series will focus on seed types and the importance of the country where it is grown.

Which types of cotton seeds exist?

Three types of cotton seeds, and seeds in general, exist on the market today:

Candiani Denim has the exclusive use of Blue Seed cotton

Candiani Denim has the exclusive use of Blue Seed cotton, an example of a hybrid seed that can be grown using conventional, organic, or regenerative agricultural methods. It has been co-engineered with Gowan, which owns and sells it.

Blue Seed cotton consistently produces strong, silky, and high-quality fibers and offers a 20-30% greater lint yield than similar varieties. Moreover, its increased resistance calls for 15-20% less water to grow it and makes it less exposed to pests, reducing the pesticides applied by at least 25%.

Blue Seed cotton is highly tolerant to soil-borne diseases, so it does not require fungicides or other chemicals, and its vigorous growth means fewer Nitrogen fertilizers are necessary. Likewise, its earlier harvest time helps growers prevent pink bollworm infestations and avoids exposure to the possibility of early Autumn rainfall.

Long staple cotton, such as Pima, is typical in arid regions and yields the finest and smoothest fibers to manufacture premium products. Upland cotton is usually grown in more humid areas, has a medium to short fiber length, and is used to make denim and other fabrics with a low-count yarn. The quality of pure long staple cotton would be lost on denim and would not give it its characteristic appearance. 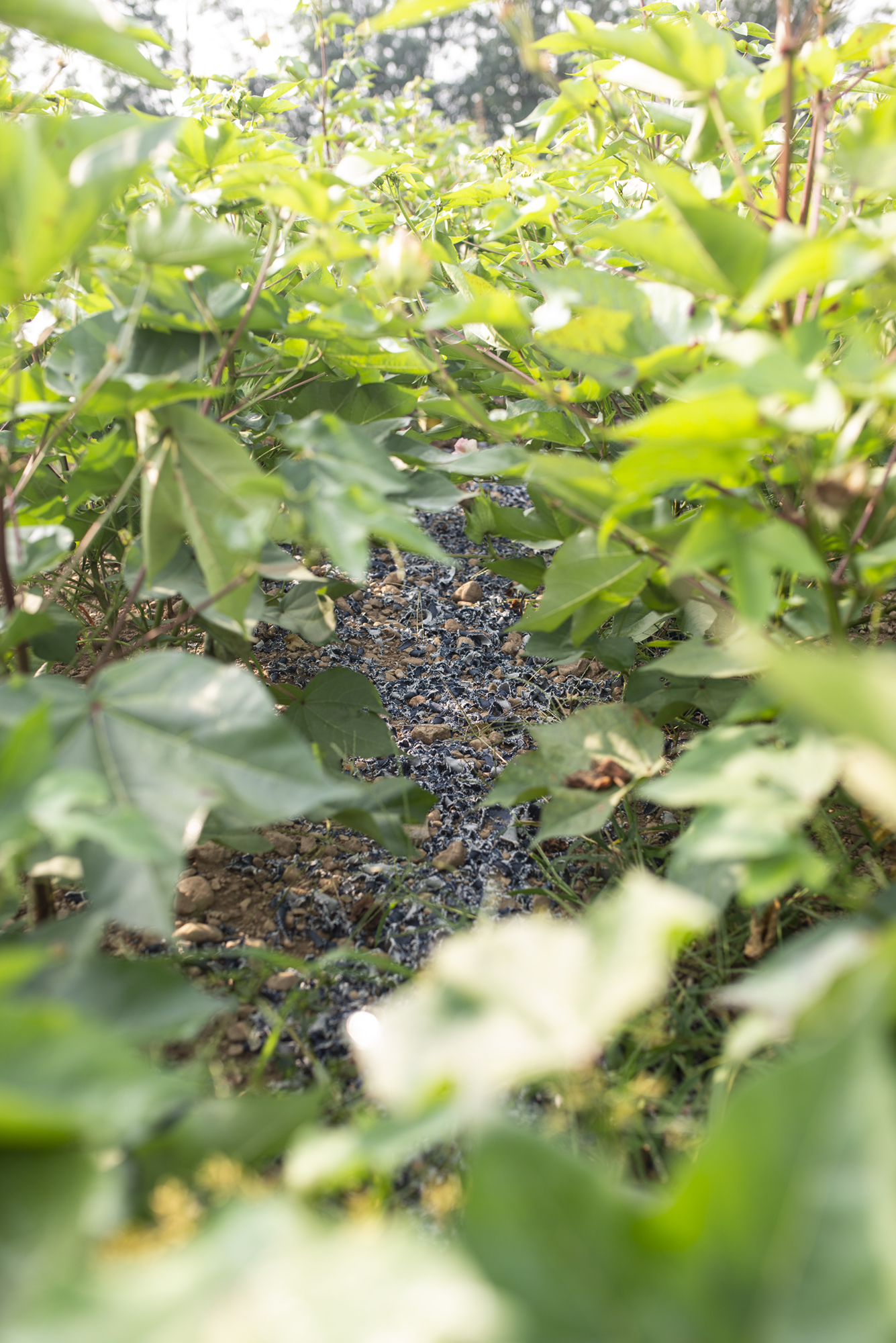 Where is cotton grown?

Alongside the seed type and the methods used to grow it, the place where cotton is grown matters. Cotton is farmed in 80 countries in many different settings and using several diverse methods in each step of its value chain. According to the US Department of Agriculture, the leading producers are India and China, which amount to 45-50% of the world’s production, followed by the US, Brazil, and Pakistan. The Textile Exchange reported that organic cotton is mainly grown in India (51%), China (17%), Kyrgyzstan (10%), Turkey (10%), and Tajikistan (5%).

Outside Australia, Brazil, the US, and some places in Argentina, Israel, and Spain, most cotton growers are still smallholders with fields of 1 hectare or less. The standard practice is to mix cotton from several small farms in the gin, making traceability nearly impossible.

Its complex and usually non-transparent supply chain makes cotton vulnerable to differences in agricultural techniques, respect for labor rights, and the use of hazardous chemicals. In some countries, there is still evidence of child or forced labor and frequent safety hazards. For instance, in many less-developed regions growing is typically done by hand, and workers can hence come into direct contact with poisonous substances, which bring them illness or death.

The problems with GMOs

Countries with big industrial farms, such as the above-mentioned Australia, Brazil, and the US, tend to use mostly, or sometimes even only, GMOs. Nowadays, for instance, only two types of cotton are grown in the US: Upland and Pima. Among the problems with GMOs, there is indeed a decreasing genetic variety. Farmers have then a poor selection to choose from since only a few types of GMOs are actually used and available.

The issue is that GMOs have taken over the market. In 2018, 94% of the cotton from the US was genetically modified. Moreover, pests and weeds are outsmarting scientists. Essentially, they are not deterred anymore by the genetic modification that wants to protect the cotton from them. This problem leads to the need to keep reinventing other strains of genetically modified cotton, and this puts farmers at a disadvantage since they bought an expensive system that fails in the end.

Weeds resistant to herbicides mean that toxic chemicals are put into fields even if they do not work. One of the most common ingredients in such substances is glyphosate, known to negatively impact soil health and thought to be carcinogenic to people.

Initially presented as a triumph, GMOs have over time proved they are not that terrific. Pests and weeds still plague cotton fields, and farmers continue relying on toxic herbicides and pesticides to keep their crops healthy, at their own, biodiversity, and soil expenses.

The situation with EU cotton is completely different. Probably many people are still unaware, but cotton is also grown in southern Europe, where there is a suitable arid climate. The EU's growing regulations about using chemicals and GMOs are some of the strictest worldwide. They are nearly banned, with some little exceptions in some areas of Spain and Portugal where maize is farmed since governments are concerned GMOs could cross-contaminate other plants and be harmful to people in some way.

The Common Agricultural Policy (CAP) has guided EU legislation since 1962, bringing Europe’s goals for social, environmental, and economic stability in agricultural and rural areas. A new CAP version will be adopted in 2023, focusing on equitable incomes for farmers, climate change action, environmental care, and biodiversity preservation.

These specific actions made the EU 12% less water-intensive between 2005 and 2016. The risk from pesticide use across the EU is estimated to have decreased by approximately 17% compared to the average of the period between 2011 and 2013. According to the European Environment Agency, these trends are expected to continue.

Candiani Denim decided that sourcing as close to home as possible is the safest thing to do to reduce the complexity of the cotton supply chain, emissions, and, consequently, air pollution, and the risk of being victims of bogus sustainability claims. We aim to source 50% (around 5,000 tons) of the cotton we need from EU organic or regenerative farms by the end of 2025. The majority will be our own Blue Seed variety. 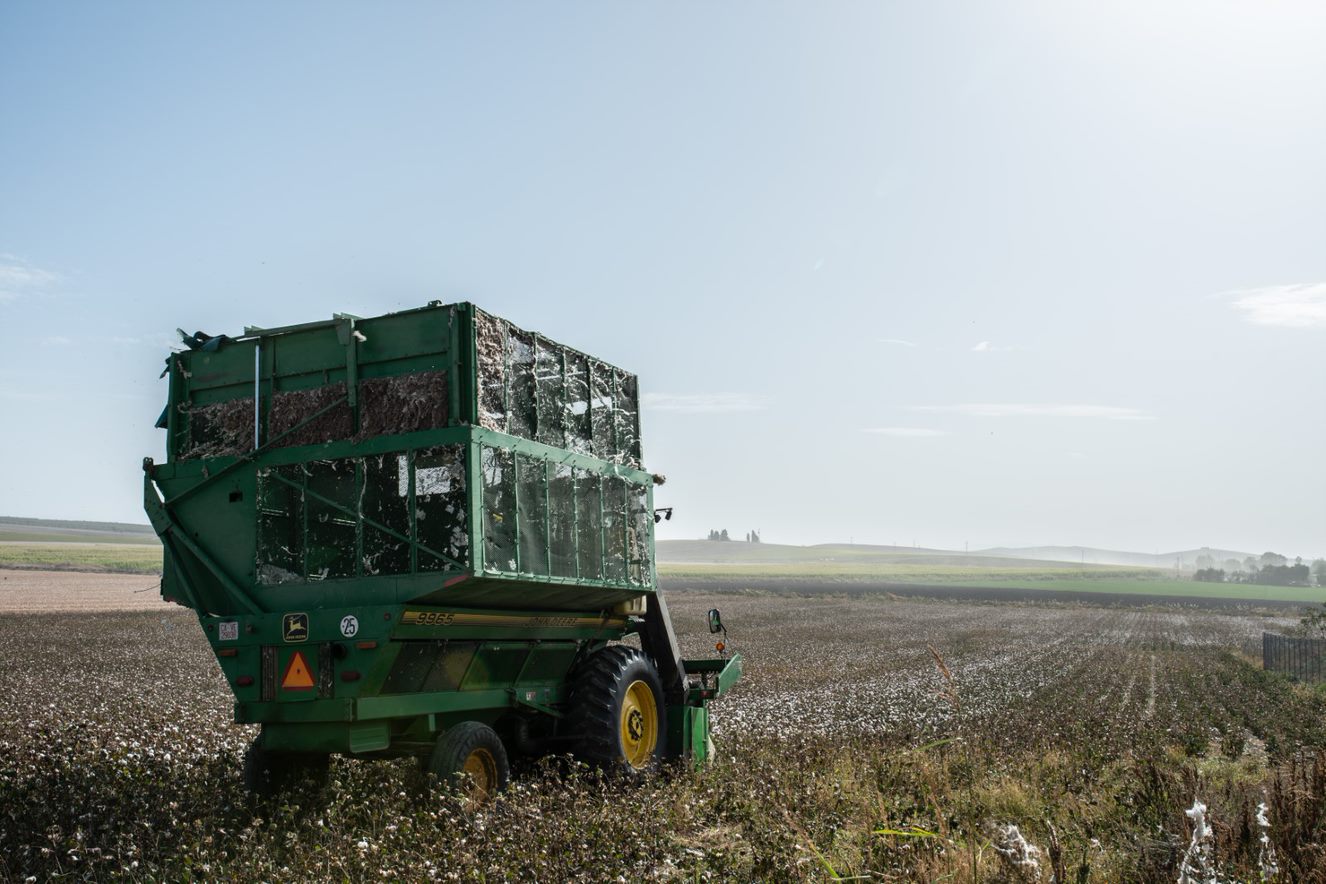